At Borough Council’s annual reorganization meeting on Wednesday, Jan. 7, I
gave a kind of “State of the Borough” address. Much of what I said comes
down below.

At the meeting, the winners of the November Election, incumbent Michele
Liebtag and newcomer Caroline Scutt, were sworn to three year terms on
Council. In addition, Council appointed newcomer John Hindman to a seat
left vacant by the resignation, as of Dec. 31, of Councilman Seth Grossman.
I hope you’ll join me in thanking them for their willingness to serve the
community in this way.

I would like to acknowledge the service of Seth Grossman, Brad Myhre and
Robb Arent, who left seats on Borough Council during or at the end of 2014.
Each of these Frenchtown residents devoted years to the betterment of our
community. It’s a tradition to thank Council members at the end of their
terms of service. Unfortunately we too often fail to show our deep
appreciation for members of Council while they are still serving.

That’s why I would like to personally thank Bill Sullivan, Cathy Leach,
Michele Liebtag and Jack Opdyke for the long hours and hard work they’ve
devoted to this community over recent years.

(In Jack’s case, this is a second tour of duty.) We owe them a great debt
of gratitude, one that we too rarely verbalize. The same is true for all
the members of the community who serve in one capacity or another. It’s
hard to over-value the contribution to the quality of life made by the many
volunteers in our community: Planning Board members, Board of Education
members, Environmental Commission members, Shade Tree Commission members,
Library Commission members, the Green Team, the Lions Club, the Legion
folks, the Business and Professional Association, the Safe Streets and
Roads Committee, the Sewer Advisory Committee, and on and on and on. We
depend so much on their contributions and can never truly thank them enough.

While I’m at it, I also want to thank the hard working members of the
Borough staff, who, while they are paid for what they do, financial
compensation is insufficient without the acknowledgement that their efforts
make Frenchtown the great place it is to live, work and visit. Their
day-after-day efforts provide greater tangible – and visible – benefits to
Frenchtown than most of us recognize.

If I separate out the effort of our Police and firefighters, it’s only
because we see the results of their dedication on almost a daily basis. The
same is true of the members of the Milford-Holland Rescue Squad. Frenchtown
would be unrecognizable without them.

Finally, I want to also acknowledge the contribution made by the many
professionals who, although they too are paid for their service, help the
governing body in so many ways large and small. A lessening of their caring
input would be instantly felt by the community.

I’m typically not one to look back, but this Council has been working hard
to lay the groundwork for quite a number of goals over the past year or so
and it appears that we’ll begin seeing the fruits of that labor in 2015, so
I want to make mention of them now.

The big one, of course, is the new sewer plant, set to go online
momentarily. This project, along with the construction of the new DPW
facility, has been a long long long time coming. It has been a struggle,
but when the switch is turned, Frenchtown will be depositing into the
Delaware River water that is cleaner, healthier and more pure than the
water that’s already there. It will be a model of what’s possible for a
long time and I want to congratulate everyone whose vision and hard work
brought that day closer, particularly former Mayor Ron Sworen, former Sewer
Commissioners Adam Liebtag, Seth Grossman and Robb Arent, and current Sewer
Commissioner Jack Opdyke. We plan a dedication ceremony later this Spring.

In addition to the new sewer plant, we hope to implement a new, fairer
sewer fee structure in 2015. Council this spring is to consider a plan
developed by the Sewer Advisory Committee intended to tie the fee to actual
water use. Our goal is to simultaneously make the fees fairer and provide
an incentive to conserve water. If Council approves the two-year phase-in,
50% of our sewer bills would be based on usage during the first year then,
starting in the second year, the usage-based component would increase to
75% of a household or business’ entire sewer bill.

We continue to rebuild and upgrade roads and other infrastructure in town.
In 2014 we improved Horseshoe Bend Road and applied for and received a
grant to reconstruct the first of three stretches of Ridge Road. We’ll use
that money early in 2015 to bring a portion of the roadway up to snuff and
improve storm water drainage. In addition, we hope to begin the long
overdue effort to construct sidewalks throughout the borough to enable
residents to walk downtown and throughout town safely no matter where in
town they live. We’ve already applied for a grant to undertake the same
effort on the second section of Ridge Road, but haven’t heard yet whether
we will receive it. Last year we laid the ground work for a long-term,
comprehensive streets and roads maintenance plan. We hope to adopt the plan
this year and implement it soon after.

Last year saw the long awaited transfer of the property north of the bridge
keeper’s house. This year we hope to dedicate the space as a borough park…
one I keep calling Sunbeam Park, although the name may still be up for
grabs. We also hope to develop a comprehensive plan to upgrade Borough Park
and other Frenchtown recreation areas, based on input from a Town Hall in
2014.

After much study, we’re finally about to present a plan to property owners
in the Hilltop neighborhood of the Borough (at the top of Ridge and Ward)
to build proper roads there, install proper drainage and add sidewalks. The
plan would also tie the neighborhood into the sewer service area and bring
NJ American Water to homes that want to shift from well water. These
homeowners have been in a bind for decades after the developer failed to
make those improvements and left the property owners high and dry with the
municipality unable to take action to make things better.

We have also applied for a state grant to help fund the Downtown Frenchtown
Revitalization Plan, which would improve the streetscape, lighting and
other quality of life issues. We’ll hear sometime in 2015 if we are to get
that money.

Meanwhile, there are several residential and mixed-use development projects
in the works. The George Michael project on Bridge Street is finally
underway. Another project, Shale Cliff (across from Kathy’s General Store)
has all its approvals. Two other projects, one proposed for the old
Ceramics Plant on Harrison Street near Frenchtown School, are moving
through (or will be moving through) the Planning Board process in 2015. It
is a testament to the vitality and vibrancy of our community that
developers want to build here.

During 2015, I hope to hold a series of Saturday Town Hall sessions,
perhaps one a month or so, to discuss topics of vital importance to the
community, including public safety, safe streets & roads, water
conservation & a teach-in on the proposed new sewer fee, the Hilltop
streets initiative, parking and a special meeting to bring together
representatives of the business community, the Planning Board and the
Borough Council.

All in all, there’s much to be done and we hope to have your help (and
particularly, you input) throughout. There’s many opportunities to get
involved, including opportunities to serve on the many committees, boards
and commissions I mentioned earlier. (Council appointed Sarah Scott to the
Planning Board and Bill O’Brien to the Environmental Commission on Jan. 7,
but there are plenty of other opportunities to serve.) Let me know what
kind of project turns you on and we’ll figure out a way to set you loose on
it.

Happy New Year again. I hope to see you soon. 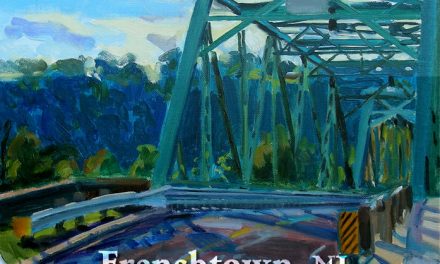 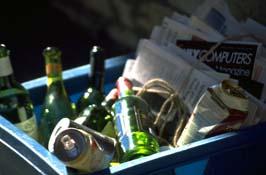 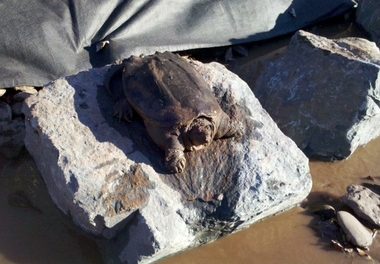